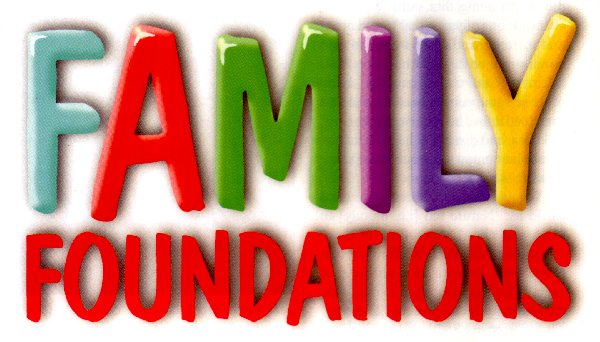 If we don’t follow God’s principles in training children,
can we be surprised that so many drift away?

The family is the first and most fundamental of all human institutions which God ordained in Scripture, and it is the educational unit which God uses to transmit His knowledge from one generation to the next. I believe that a lack of a solidly Biblical approach in this whole area of education is doing great harm to an entire generation of Christian children.

Personally, for our children over the years, we chose a combination of home-schooling and Christian schooling. (I do understand that for some, their circumstances are such that this is not an option. I just want to say that all of us should be trying to make the principles of Scripture foundational to our thinking, as best we can.)

Surprisingly, the opposition we get to the educational choice we have made doesn’t usually come from non-Christians (the ones in our street are delighted with the outcome) - it comes from Christians.

Some of their main arguments are: ‘Your kids should be in the public school to witness to the other kids’, and ‘You need to throw your kids out there so they know how to survive’. When I hear these, I ask people to show me from the Bible how they can justify this. I believe it’s a prime example of how we’ve been 'revolutionised' - by that I mean we’ve taken the world’s way of thinking and added it to our thinking, and to the Bible.

THE FAMILY IN GOD’S WORD

The family has its foundation in the book of Genesis, when God took dust and made a man, then took his rib/side and made a woman.

Today, there are a lot of pressures on young couples not to have children, or at least not until they have certain material goods first. also, there is little emphasis on ensuring the godliness of those offspring. This is reflected in the next generation, which drifts still further from the things of God.

Everywhere I go, in the majority of Christian homes it’s ‘Mum’ that prays most with the children, and does most of their spiritual training. But according to the Bible it is supposed to be ‘Dad’ (except of course where mothers are forced to raise their children without a father). One of the greatest problems in Christian homes today is that most husbands and fathers do not carry out their God-commanded responsibility to be the spiritual head of their family, and to train their children.

Isaiah 38:19 says: ‘The father to the children shall make known thy truth.’

Ephesians 6:4 commands fathers to ‘provoke not your children to wrath: but bring them up in the nurture and admonition of the Lord’

Psalm 78 is a long one, but every parent should read it. Basically it is saying, over and over - fathers, teach your children so they’ll not forget to teach their children. So that they might not forget the works of God, but keep His commandments.

Interesting, in the last part of Psalm 78, you read that the Israelites did forget the works of God. Which is why they ended up adopting the pagan religions of the day and so on - because the fathers did not teach the children.


‘WHAT MEAN THESE STONES?’

When Joshua crossed the Jordan River, he told the people to build a memorial from stones, so that when their children asked them what the stones meant, they would not forget to tell them what God had done.

However, after Joshua died, ‘. . . there arose another generation after them, which knew not the Lord, nor yet the works which he had done for Israel. And the children of Israel did evil in the sight of the Lord, and served Baalim’ (Judges 2:10 - 11).

They lost it - in one generation. How? The fathers didn’t teach the children. I think the same has happened in America and others parts of the West today. It is just assumed ‘Oh, the kids are going to church, to Sunday School, they’ll be fine’. Parents, we should be getting our Bible teaching from home, from studying the Word of God as a family.

It is so vital to have a regular time when you get together and pray and read as a family. And to worship together. [1]

There is a very familiar verse which says, ‘Train up a child in the way he should go: and when he is old, he will not depart from it’ (Proverbs 22:6). Or ‘it will not depart from him’. The word ‘train’ here is related to the word palate (the roof of your mouth). Hebrew mothers used to get their children to eat new foods by mashing it up and putting it into their mouths so they had no option but to swallow. That way, when they were older, they would naturally eat and like those foods.

My wife and I have read to and prayed with our children right from when they were born, and some people thought we were crazy. But our children have grown up with a love for reading and an understanding of prayer that will be with them for the rest of their lives.

People often talk about those ‘teenage rebellious years’. I believe that in most instances (not all), these are nothing more than a lack of teaching to acquire a taste for the things of the Lord in the early years. Once children become teenagers (and we all know that there are hormonal changes and certain behaviour patterns related to puberty and adolescence), it’s very difficult to change their behaviour.

However, all of us are sinful by nature. That beautiful little baby is biased against God, so it doesn’t by nature want the truth. It is as if there were holes at the bottom of our children leaking out the salt we are pouring in at the top. This means we’re going to have to work extra hard - they won’t automatically end up salt-filled.

Look at Lot (Genesis 18, 19). Did Sodom influence Lot, or did Lot influence Sodom? His sons-in-law didn’t even believe him. His wife looked back, presumably with a longing look. Who influenced whom?

Let’s be honest, in a public school situation, do our children bring home swear words or do the others take home the Bible verses? You know the answer. [2]

You see, it’s much easier for our children to be dragged down than for them to drag other up. Remember also that children are not miniature adults (1 Corinthians 13:11). In a world of no absolutes, evolution, sex outside marriage, humanism, false religions - they’ll be tossed to and fro. How do they know which way to go? How do they know what to choose? They don’t until they’ve been trained in truth and can recognise the difference between good and evil.


SEEING THE WORLD THROUGH BIBLICAL GLASSES

Training children means much more than just having a daily Bible reading with them - it means sharing a Christian worldview about everything, all the time (see Deuteronomy 6:7), as naturally a breathing. In every interaction we have with our children, we can help teach them a Christian way of thinking. That is why the ministry of Answers In Genesis/Creation magazine sees the real issues not as ‘the facts’ (these are the same for everybody), but the framework through which one views the facts. And the framework is either Christian or secular - either biased for God or against Him.

Sadly, most children from Christian homes are being trained in a secular world view, to which ‘God’ is added. But one can’t Christianise a secular philosophy, which is what even a lot of Christian schools/texts try to do. Sadly, even those which are ‘anti-evolution’ often fall into this error. Our children end up thinking in a secular way, with God and the Bible just ‘add-on extras’, rather than being relevant, ultimately, to everything, and the supreme authority.

Now people say that building motor cars, for example, has nothing to do with the Bible. But it does - if it weren’t for the Bible, people wouldn’t have built motor cars. Modern science that put man on the moon, that built motor cars and computers didn’t come from the Buddhist religion, it came out of Christianity. People naturally expected to find unchanging laws that applied to the whole universe once they believed in an unchanging, lawful God who made the whole universe.

Sadly, sometimes someone will tell me, ‘My parents forced Christianity on me and I rejected Christianity. I’m not going to force it on my kids.’ In every instance where I’ve talked to people like that, Christianity was imposed legalistically from the top down, not built from the foundation up. When you build it from the foundation up, starting with the logical foundations of all doctrine in Genesis, not trying to prove the Bible with science but using the Bible to understand science, it makes a world of difference. It’s no longer just your opinion - it is the Creator’s instructions.

Martin Luther said, ‘See to it that you cause your children to be instructed first in spiritual things, that you point them first to God and after that to the world.’ But in these days, this order, sad to say, is turned back to front.

How you train you children, and how they train their children, and so on can potentially affect millions of people. Parents, you can’t take your TV or your car to heaven with you, but you can take your children. What an awesome responsibility.